Spring has a very diverse eco system of projects from Batch Jobs to Web Security. The best part of Spring project is that they are always ahead of time and do innovative work which sometimes are adopted by the Java Platform itself. For Example the @Autowired Annotation introduced by Spring was later standardized in JSR 330 as @Inject.

Spring 5 is something they are working on right now (Have released 5.0.0 Release Candidate 3 Version as of writing this post) and has a lot of innovative features. Following are a list of those features;

One of most interesting is the introduction of Spring Web Flux - A Non Blocking Functional Reactive Web Framework. Reactive Programming has been alive for sometime in form of RxJava project and many more programming frameworks like Akka, NodeJS etc.

In simple terms reactive programming is about writing non blocking software that are asynchronous and event driven which require a small number of threads to scale vertically (Scale up inside a single JVM) instead of horizontally (Scale out to different nodes by means of clustering).

If we take a look at the Spring Web MVC framework which was a Synchronous Blocking Framework based on Servlet (Prior to Servlet 3.x). Every Request Reaching a Spring Web MVC Controller would use the Request Thread that came a long with the Client Request to cater that request and will be blocking, Which meant that the scale-ability was bound to the maximum number of Request Threads a Web Container had.

This was partially solved by the introduction of Servlet 3.x with asynchronous servlets where now a Request Thread would delegate the task of catering the request to a Separate Thread. Spring Web MVC framework allowed to return a DefferedResult from a Controller method which meant that the Request thread will not be blocking until the processing of the request by the Controller method. 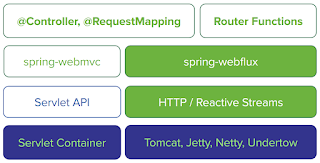 Spring Web Flux uses a completely new approach of using Reactive Streams instead of the Servlet API. A key aspect of reactive is that it won't overwhelm the consumers when producers produce at a rate which is faster than the consumers can consume. This concept is called back pressure. 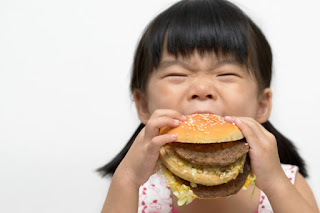 Reactive Programming will not let this happen (Image Courtesy : iStock)


There are currently no comments.